One question that is very common and quite relevant to most archtop players is the difference between maple and mahogany when used on the back and sides of an archtop. In order to understand this issue a little better, it is important to consider a few things about the function of the tonewoods chosen for the back and sides in the overall design of any hollow-body guitar.

As the strings vibrate, they stimulate vibration in the guitar’s top, which is responsible for the majority of the sound that a guitar produces acoustically. Once these vibrations leave the top, they are free to interact with the wood on the back and sides, where they are partially absorbed, reflected, and modified by whatever materials are used for the guitar’s body. Since the majority of sound is produced by the top, the back and sides wood are almost like a plug-in or effect that can process the signal coming from the top. Tonewoods on the back and sides of a guitar can act as an equalizer, boosting or scooping certain frequencies, or like a reverb unit that adds depth and sustain to the overall sound of the instrument.

Most archtop guitars have spruce tops, so let’s consider what a spruce-topped archtop can sound like when combined with maple or mahogany. Mahogany is often revered for its comparatively woody tone, punchy mids and highs, and strong fundamental. Many refer to mahogany as having a “darker” tone, but such descriptions are misleading and can oversimplify a varied and complex issue. Mahogany can actually have a very strong presence in the upper frequencies, especially in the high-mids. Many of the accounts of mahogany’s apparent “darkness” of tone may come from the fullness of the midrange, and even the fact that it actually looks less bright than some other tonewoods—but whatever the reason, it is often viewed as the warmer, darker alternative to maple. 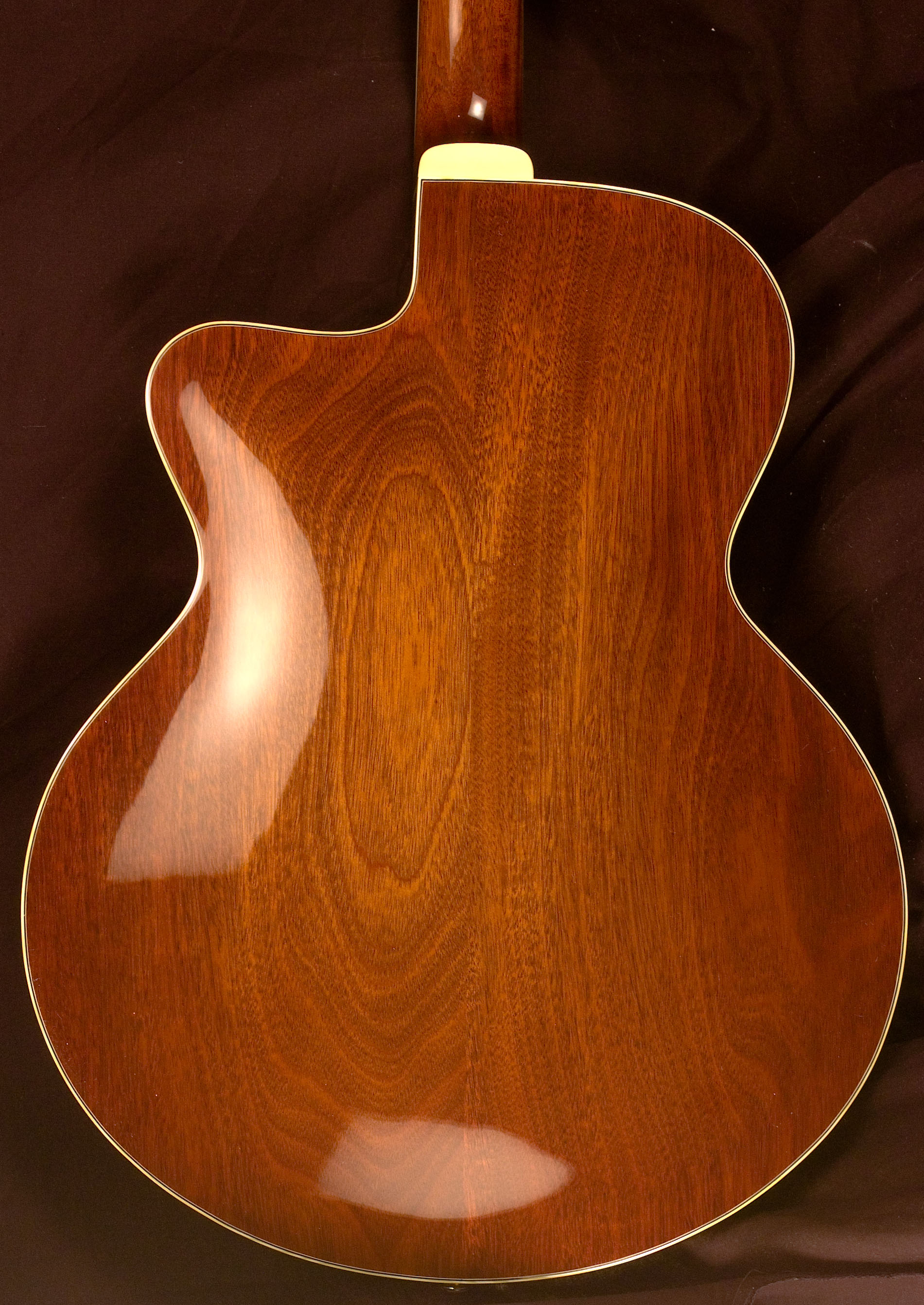 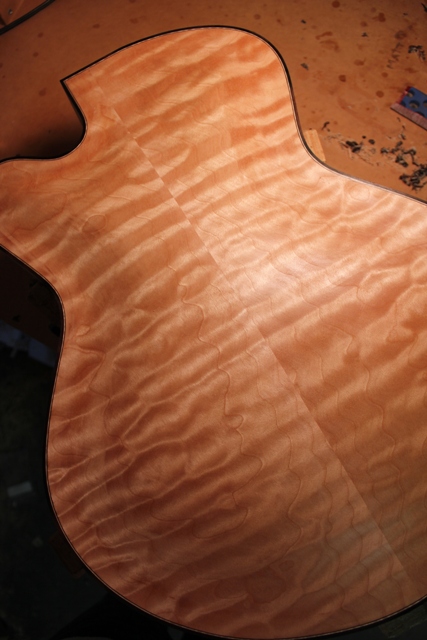 Maple is a relatively stiff and stable tonewood, and with its propensity for having beautiful figure, it is a favorite amongst guitar builders and enthusiasts alike. In addition to its good looks, this wood has a strong low-end response and plenty of projection and clarity in the top end. Each figure pattern (flamed, quilted, birdseye, etc.) can often produce a different sound as well, as the wood will actually consist of alternating pockets of softer and harder material. For instance, quilted maple is often softer than flamed maple, which can result in a slightly warmer, more complex sound. The stiffness of this tonewood makes it an ideal choice for guitar necks as well, as it is very stable and will resist warping. Maple will also often produce richer overtones than mahogany, which tends to favor the fundamental pitch.

When comparing tonewoods, it is important to remember that none of these rules are hard and fast. As each tree has its own unique set of circumstances and genetic dispositions to grow out of, each cut of our favorite tonewoods will vary from piece to piece. Even the way in which it is cut, stored, and aged will affect the tone and performance of the wood once it is made into a guitar, so the best way to determine which instrument will best suit your needs is to play them!